Here’s where you’ll find pictures of the bands. 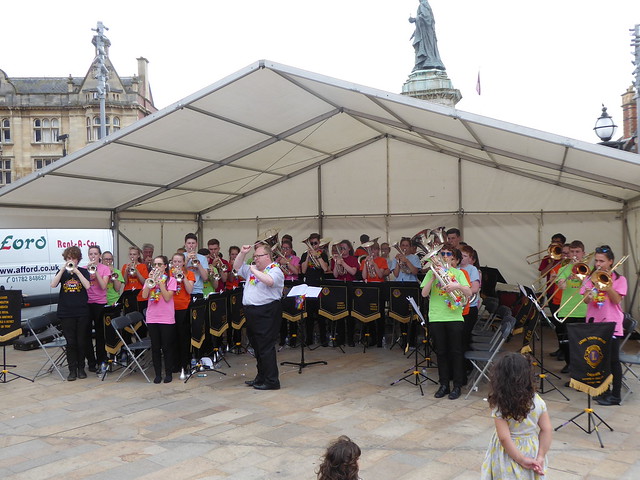 On Friday, we set off at 8am from Sandbach Common. This was the start of tour 2017!

The coach was filled with excitement as we started our trip to North Wales.

After the eventful game of football, Nigel called us through for a rehearsal in the main room. At the end of the rehearsal Emily, our Flugel Horn player, was surprised with not one, not two, but three birthday cakes.

As we packed the kit away Jakob returned from the hospital with his arm in a plaster cast.

Then the nightmare of setting up the bedding kicked in! Like a giant jigsaw we crammed 41 band members, plus adults, into the room.  Nigel, Brian and Derek were spoilt with five star luxury (aka a bed) in their own wing of the building.

Later on we had our opening concert at Llandudno Town Hall. Emily was surprised again by the band playing Happy Birthday!

We presented Martin from Llandudno Lions with one of our commemorative bannerette to round of day one of Lions Youth Brass on tour!